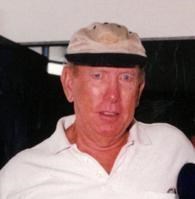 Robert L. Starck, age 85, of Shorewood, IL and formerly of Westminster, CO, Lake Havasu City, AZ, and Battle Creek, MI, passed away peacefully on Monday, January 3, 2021, at The Parc, Joliet, IL, He was born September 7, 1936, in Denver, CO where he was raised. Bob earned his bachelor's degree from Colorado State University and his master's degree from Colorado University Boulder in Computer Engineering. He started as a draftsman with Jeppesen Sanderson, Inc. and continued with them as a Computer Engineer until his retirement in 1989. He is the loving father of Eric "Ric" (Karen) Starck and Jennifer (Doug) Overhiser; proud grandfather of Anthony, Autumn, and Cheyenne; dearest great-grandfather of Lueka and Jaxon. He is preceded in death by his beloved wife of 57 years, Bertha Louise Starck (nee Mutschler); his parents, Ralph and Helen Starck; and brother, Ralph Starck. Bob and Bea enjoyed traveling, especially cruising during retirement. Bob will be remembered fondly as a devout Christian who volunteered often at the churches he attended and coached youth hockey and soccer. He enjoyed watching and cheering on the Green Bay Packers. He also appreciated the majesty of the outdoors- hunting, fishing, camping and being on the water. In lieu of flowers, memorials may be made to Lightways Hospice, 250 Water Stone Cir., Joliet, IL 60431. As it was Robert's wish cremation rites have been accorded. Military Honors and Inurnment will take place at Abraham Lincoln National Cemetery in Elwood, IL at a later date. For more information please call (815) 741-5500 or visit her Memorial Tribute at www.fredcdames.com

Published by Chicago Sun-Times on Jan. 9, 2022.
To plant trees in memory, please visit the Sympathy Store.
MEMORIAL EVENTS
To offer your sympathy during this difficult time, you can now have memorial trees planted in a National Forest in memory of your loved one.
Funeral services provided by:
Fred C. Dames Funeral Home and Crematory
MAKE A DONATION
MEMORIES & CONDOLENCES
Sponsored by Chicago Sun-Times.
0 Entries
Be the first to post a memory or condolences.