Deuter, James 71, Jeff Award-winning actor, passed away peacefully at home, August 29, 2010. Jim appeared in many Chicago stage productions, including Body Politics's "the Importance of Being Earnest" as Lady Bracknell (Jeff nominated) and Wisdom Bridge's "Bent" as Uncle Freddie (Jeff award). TV credits include "Early Edition" and PBS' Under the Biltmore Clock." He also appeared onscreen in "With Honors", "Only the Lonely", "Major League" and many other films. Jim was the beloved life partner of 42 years to Andrew Karzas and is survived by his brother, David A. (Sandy) Deuter, his twin sister Marie E. Deuter, extended family Richard and Barbara Vanecho of Beverly Shores, IN, and many nieces, nephews and great-nieces and nephews. Preceded in death by parents Arthur Deuter and Verle (nee Adan). Services are private. In lieu of flowers, donations may be made to the Chicago-area theatre company of your choice. Arrangements by Cremation Society of Illinois, 773-281-5058 or www.cremation-society.com

Published by Chicago Sun-Times on Sep. 1, 2010.
To plant trees in memory, please visit the Sympathy Store.
MEMORIAL EVENTS
To offer your sympathy during this difficult time, you can now have memorial trees planted in a National Forest in memory of your loved one.
MAKE A DONATION
MEMORIES & CONDOLENCES
19 Entries
Have only just heard of Mr. Deuter's passing. Sincere condolences to his loved ones. Enjoyed his work as "Boswell" in "Early Edition" - a small, but important part of the show, in my world. Was a privilege to meet and spend time with him one special afternoon in 2004. Lovely, gentle man. He'll be missed.
Brenda Gardener
April 18, 2011
My condolences to Andy and Jim's loved ones. It was an honor to represent him as his Voice Over agent, and I will always remember his Lady Bracknell. What a treasured man of theatre he was to this community. The highest accolades to him! He will be dearly missed.
Linda Jack
September 20, 2010
Dear Andy,
I'm so sorry to hear of Jim's passing. I know you hold on to the many years of memories. God bless, Gayle
Gayle Karchmar Katz
September 14, 2010
I am so sorry, Andy. You are in my thoughts. Love, Julia
Julia A. Maher
September 13, 2010
Dear Andy,
I was saddened to hear about Jim's passing. It's been a long time since I have seen you and Jim, but I have great memories when you were on Diversey near my old store. My sincere condolences.
Aaron Futterman
September 13, 2010
I treasure every moment I ever spent with Jim, an amazing man. He made our doctor-patient relationship an ensemble act, always allowing me to play off his role, but stayed ever- true to his own script. What a class act! I will miss him dearly. Andy, my deepest sympathy for your loss.
David Moore
September 13, 2010
I am so very sorry for your loss. Even after only recently meeting Jim you could see the wonderful qualities he always had and still did. My thoughts are with you Andy at this time everyday. Steve Galantiere (Hebron IN)
September 13, 2010
My deep sympathy, Andy. What a wonderful life you and James had together.
Scott Grunow
September 3, 2010
Andy,
May God and His saits comfort you in your sorrow.
Edward Minieka
September 2, 2010
So sorry to hear about Jim's passing. Dan and I have so many fond memories of both of you and your wonderful parties. You're in our hearts.
Beverly Feldt
September 2, 2010 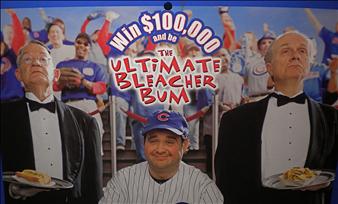 I am very sorry for your loss. I had the pleasure of working with Jim several times over the last thirty years, and always loved his sense of humor and outspokenness. A real gentleman and a fine artist. I will live in the hearts of many of us...
September 2, 2010
My condolences to my opera-list friend Andy. It is a difficult time for you and you will be in my prayers.
Rick Boyum
September 2, 2010
Andy:

He and you are in our prayers

Chris and Roy
Roy Fisher
September 2, 2010
My deepest sympathy to Andy and all of Jim's family.
Frank Drake
September 2, 2010
My sympathies to Mr. Deuter's family and also to Andy Karzas, a fellow public broadcaster and Opera-L contributor. I know you'll all miss him very much.
Marie Lamb
September 2, 2010
Jim was a tremendous help in getting me into Actor's Equity. I did a few plays with him in my early years and it was great sharing those and many other experiences with him. Generous, articulate, smart, and fun. Jim was all that and more. I am grateful to him for his many gifts to my life every day. He will be missed as an actor and friend.
Fred Tumas
September 1, 2010
My sincerest sympathies to all Jim's family and loved ones. I had the pleasure of working with him many years ago at Body Politic. We had many great laughs during that production, and since then, though we mostly saw each other at large gatherings, Jim was always so welcoming and witty and gracious. A true gentleman of the Theatre, he will be missed.
barbara robertson
September 1, 2010
My sincerely sympathy to Marie and her family.
Elaine Treaber
Elaine Treaber
September 1, 2010
Marie you will always be in my prayers.
Love,
Mary C. and family
Mary Curley
September 1, 2010
Showing 1 - 19 of 19 results