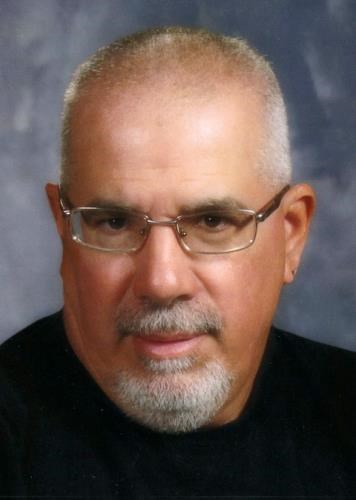 LAKE STATION, IN - Robert Sanyet, age 60, of Lake Station, passed away Wednesday, October 27, 2021. He was born in Gary, IN on May 16, 1961 to the late Joaquin and Gloria (nee Perez) Sanyet. Robert was a River Forest High School graduate, and a member of St. Francis Xavier Church in Lake Station, IN. He was employed by Valparaiso Community Schools where he worked as head custodian, the students all called him "Mr. Bob". He will be dearly missed by his family and friends.

Robert was preceded in death by his parents.

In lieu of flowers donations in memory of Robert would be appreciated to the American Cancer Society, Great Lake Division, Northwest Indiana Office, 130 Red Coach Dr., Mishawaka, IN 46545.

Published by The Times on Nov. 3, 2021.
To plant trees in memory, please visit the Sympathy Store.
MEMORIAL EVENTS
Nov
4
Visitation
2:00p.m. - 8:00p.m.
Rees Funeral Home, Brady Chapel - Lake Station
3781 Central Ave., Lake Station, IN
Nov
5
Prayer Service
9:30a.m.
Rees Funeral Home, Brady Chapel - Lake Station
3781 Central Ave., Lake Station, IN
Nov
5
Mass of Christian Burial
10:00a.m.
St. Francis Xavier Church
2447 Putnam Street, Lake Station, IN
Funeral services provided by:
Rees Funeral Home, Brady Chapel - Lake Station
MAKE A DONATION
Please consider a donation as requested by the family.
MEMORIES & CONDOLENCES
Sponsored by The Times.
7 Entries
MY condolences to the entire Sanyet family .He talked often of all of you I was the crossing guard at Central School Mr Bob took me home for 3 years if I needed anything he was there as I was for him . He will be greatly missed by all who knew him R I P Mr,Bob
Vickie Shupe
Work
November 6, 2021
Robert was such a kind soul. We grew up together, and I think of him as family. May the perpetual light shine upon him. My thoughts and prayers are with the Sanyet family. Love you guys. Frances Vega (Pedroza)
Frances Vega
Friend
November 4, 2021
My deepest condolences to the Sanyet family. It sad to see friends that you grew up with are no longer with us. I remember Ruby as a humble and wonderful person. May he rest in piece. May God give strength and peace to the Sanyet Family.
George Rodriguez
Friend
November 4, 2021
My condolences goes out to the family of Mr Bobby Sanyet, he was one of the best guys to work with always had a smile and respect towards everyone, he's dearly going to be missed, may he forever rest in peace
Jess L aguilera
Work
November 3, 2021
I had the pleasure of working with Bob. He was kind and caring gentleman, in the true since of the word. Bob always had a smile on his face and hug ready. My thoughts and prayers are with his family and friends.
Debra McDaniel
Coworker
November 3, 2021
I would always remember the times I would see Ruby on New Jersey street at Maggies or Polo's. He would make me laugh and he was always such a nice guy. He was part of all of us on New Jersey and he will always be remembered. My sincere condolences to all of the family, my prayers are with you all. R.I.P. Ruby..
Debbie Miranda
Friend
November 2, 2021
Just want you all to know how sorry I am for your loss. God Bless you all.
Manuel Gomez
Friend
November 2, 2021
Showing 1 - 7 of 7 results