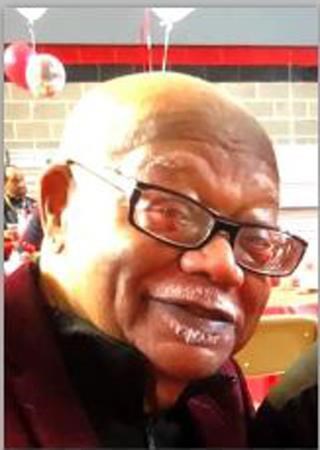 Commissioner Rockett is married to Darlene and has two children, Sean and Deborah. He is a graduate of Drake University with a Bachelor of Science degree in Business Administration, and a Master's degree in Public Administration from Governors State University. He is retired from Illinois Bell Telephone (Ameritech) and the State of Illinois.

In December 2003, the City of Harvey passed an Ordinance to rename a street in his honor at 147th & Robey in Harvey, Illinois.

Damon retired in 2014 from South Suburban College. He began to play golf on all days that the weather permitted. He also spent time attempting to learn other languages and relaxing with friends and families.

Damon's zest for politics and golf, quiet demeanor, professionalism, contagious laugh, and unassuming humor, were known to many. He said he was always grateful to be blessed with love, humor, kindness and strength of character. He could always bring reason to chaos while keeping a "cool" perspective.

His health began to deteriorate in 2012 and on Saturday, October 2, 2021 Damon Emerson Rockett quietly and peacefully went home to be with the Lord. He leaves to cherish his memory, his wife, Darlene, his son, Sean Damon Rocket (Charlotte) his step-daughter, Deborah Harris, his grand-daughters, Shanel Harris and Roslyn Harris, great grand-sons, Xavier Seals and Tristan Brown, and a host of nieces, nephews, cousins, relatives and numerous friends.

Damon was an outstanding servant and leader. He will be missed, but not forgotten.

Published by The Times on Oct. 7, 2021.
To plant trees in memory, please visit the Sympathy Store.
MEMORIAL EVENTS
Oct
8
Funeral service
11:00a.m.
Life Church
925 MacArthur Dr, Chicago Heights, IL
Oct
8
Burial
Lincoln National Cemetery
Elwood, IL
MAKE A DONATION
MEMORIES & CONDOLENCES
Sponsored by The Times.
4 Entries
In loving memory of a wonderful family member. We will love you and miss you always.
Derrick & Patricia Abbott
Family
October 8, 2021
We played Baseball together --- Little League & Babe Ruth League ---- were -- in High School together --- great memories .
Paul Balducci
October 8, 2021
Condolences to the family.
McLloyd Buchanan
Other
October 8, 2021
I knew Damon as a gentle and loving husband family man. I was fortunate to be introduced to him from a LOVING Daughter. My condolences to the family. RIP
Jeffery Barefield
Family
October 8, 2021
Showing 1 - 4 of 4 results