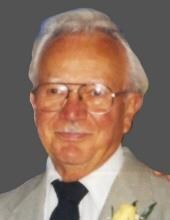 BORN
1931
DIED
2021
ABOUT
Thornton Township High School
FUNERAL HOME
Fitzgerald Funeral Home & Crematory LTD - Mulford Chapel
1860 South Mulford Rd
Rockford, IL
Fredrick James Zuroske, Sr., 90, of Rockford. IL, passed away peacefully at home early Tuesday morning, September 21, 2021. Born in Richmond, IL on September 11, 1931, the son of George and Ida (Hahn) Zuroske. Fred married Dolores (Lawson) on February 7, 1952 in Chicago and had three sons, Paul, Patrick, and Fred.
Fred graduated from Thornton Township High School in 1950 and entered a tool & die apprenticeship at International Harvester in Chicago, IL in 1952, eventually achieving journeyman status. While working for Ford Motor Company in Chicago Heights, IL, he completed his engineering degree at Purdue University. Fred worked 28 years at Chrysler as an Industrial Engineer, moving to the area as the Belvidere Assembly Plant was just opening.
Fred and Dolores built a house in southeast Rockford where Fred got to watch the many trees he planted grow to maturity, some of which he started as acorns. It was there that they raised their family with the house becoming a home for 51 years. It was a common site to see Fred in his backyard, sitting in the shade under one of his trees, watching the birds, often with one of or more of his grandchildren playing in the immediate area.
Fred had a wonderful and active life, enjoying 30 years of retirement filled by multiple fishing trips, many into Canada for big crappie, gardening, finding and consuming the best sweet corn in the region, volunteering for the East High School Environmental Key Club, being a member of the Rockford Golden K Kiwanis Club, coordinating family reunions and get-togethers, raising racing pigeons, supporting his grandchildren, and occasionally enjoying a beer with friends at the Sports Page and later Dusty Boots. He was fun and engaging and had a reputation for enjoying the company of a wide variety friends. Fred and Dolores annually travelled to St. Petersburg Beach, Florida every Easter, staying at the Alden Resort, where he coordinated the annual Easter egg hunt for over two decades for the vacationing children. He loved to walk along the white sand beaches, talk to anyone willing and work on his great tan. He and Dolores made many friends from areas all over the Country and Canada throughout their frequent stays.
Fred's real joy in life was his family and he is the last surviving member of ten brothers and sisters and their spouses, including Stanley "Stosh" (Florence); Noreen (Vernon) Zirzow; Andrew; Kay (Barney) Rapp; George (Jean); Eugene "Pat" (Yong Sun); Rose (Jesse) Osika; Jim (Alice); and John (Martha). He is also pre-deceased by his parents, George and Ida, and wife of 64 years, Dolores. There were hundreds of gatherings amongst this extended family both in the south Chicago suburbs and in Rockford that often included lively games of pinochle, cribbage, impossibly large volumes of food and beverages, story-telling, and laughing. This was his element and he was never happier than when surrounded by family.
Fred is lovingly survived by his children Paul; Patrick (Evelyn); and Fred (Shelia) and seven grandchildren, including Abigail (Brandon) Hanson, Zoe, Jared Cantu, Miranda, Isabelle, Cooper, and Rylan; and two great-grandchildren, Logan and Roland; and many nieces and nephews. He enjoyed tutoring all of the grandkids in math and how to lay out a good vegetable garden.
Published by Fitzgerald Funeral Home & Crematory LTD - Mulford Chapel from Oct. 22 to Oct. 23, 2021.
To plant trees in memory, please visit the Sympathy Store.
MEMORIAL EVENTS
To offer your sympathy during this difficult time, you can now have memorial trees planted in a National Forest in memory of your loved one.
Funeral services provided by:
Fitzgerald Funeral Home & Crematory LTD - Mulford Chapel
MEMORIES & CONDOLENCES
Sponsored by Fitzgerald Funeral Home & Crematory LTD - Mulford Chapel.
1 Entry
He also liked to bowl and have a few beers. He was a good guy.
Jack Oakes
Work
October 22, 2021
Showing 1 - 1 of 1 results