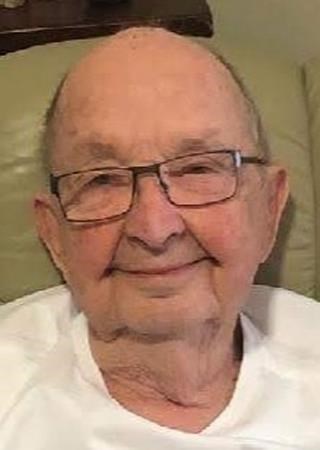 ELMHURST, IL - John Albert Schmit born on Valentine's Day 1933 to Louise and Nicholas, Jack was called home September 24, 2021. For the past few years, Jack resided at Terra Vista Memory Care in Oakbrook Terrace where his positive attitude made him everyone's favorite. Jack was born and raised on Chicago's South Side and graduated from St. Rita High School. He received a full scholarship to Loyola University, a masters degree in Mathematics from DePaul University, and later earned an MBA from the University of Chicago.

In 1956 he married Margaret (Schmidt) and raised six children in Evergreen Park, IL. In their 46 year marriage, Jack and Marge shared a love of music and Lake Michigan. The Schmit kitchen never closed and was filled with Chopin, delicious food, children and then grandchildren. When they weren't in the kitchen or at the pinochle table, they could be found close to their beloved lake.

Jack first taught math at Tilden Tech and then continued his career in computer and information technology at Jewel Foods, Midwest Stock Exchange, and several Chicago consulting firms before relocating to Racine, Wisconsin, in 1983 where he took a job at Modine Manufacturing. In his retirement years, he worked as a clerk for the Village of Wind Point and was a founding member of the "Friends of Wind Point Lighthouse" to restore and then promote its history and beauty.

Following Marge's passing in 2003, Jack dedicated his time to church and lighthouse. He spent time traveling and enjoying concerts and theater. As Jack's vascular dementia progressed over the last six years, his final times were spent at Sunrise Fountain Square Lombard and then Terra Vista in Oakbrook Terrace, IL.

Visitation will be held at Knollcrest Funeral Home, Lombard, IL, from 9 to 10 AM, prior to celebrating Mass of Christian Burial at 10:30 AM on Saturday October 2, 2021 at Christ the King Church, also in Lombard. A memorial service and burial is to follow at 2 PM at Holy Cross Cemetery in Racine, WI.

In lieu of flowers, memorials may be made for Masses or to the Augustinian Order. With his love of music, card games, dogs, and especially socializing with friends and family, Jack will be dearly missed.

Published by Racine Journal Times on Oct. 1, 2021.
To plant trees in memory, please visit the Sympathy Store.
MEMORIAL EVENTS
Oct
2
Visitation
9:00a.m. - 10:00a.m.
Knollcrest Funeral Home
1500 South Meyers Road, Lombard
Oct
2
Prayer Service
10:00a.m.
Knollcrest Funeral Home
1500 South Meyers Road, Lombard
Oct
2
Funeral Mass
10:30a.m.
Christ the King Catholic Church
1501 S. Main Street, Lombard
Funeral services provided by:
Knollcrest Funeral Home
MAKE A DONATION
MEMORIES & CONDOLENCES
1 Entry
My deepest sympathy for your loss. Sounds like John was surrounded by a family full of love. John was a neighbor in Wind Point. Our back yards met. We had many friendly conversations over the white picket fence with John and with Marge. I will always remember the round robin Chrisman party's with the neighbors. We would end up at the Schimts' where John would be on the piano playing Christmas carols. Most of us sang along for fun. peace. Tom
Tom Savas
October 1, 2021
Showing 1 - 1 of 1 results