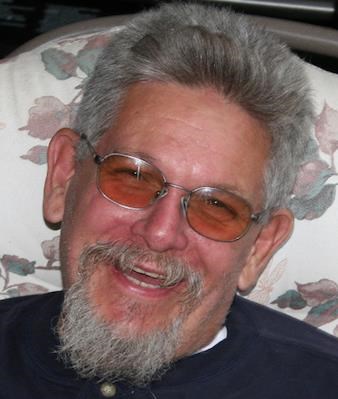 We said goodbye to a great man when Joe departed this world on July 11, 2021 at Bellin Hospital in Green Bay, WI, following surgery. He had been living the last 2 years in Algoma, looking forward to retirement with his wife of 49 years.

Joe was born in Chicago, IL on February 25, 1952 to William and Dorothy (Fitzgerald) Strubin. He graduated from St. Rita High School where he played football and was known as "Joe the Toe" because of his barefoot kicking style. He started working at the age of 9 and continued to work until cancer sidelined him. He contributed 45 years of his life to the transportation industry.

Joe was an avid fisherman, who loved to go on fishing charters and ice fishing with his son. He loved to cook and always made way too much food. Joe was a devoted family man who doted on his children and grandson.

Joe was a loving, caring, "give the shirt off of his back kind of person;" and would go out of his way to make sure you had what you needed. In keeping with this style, Joe donated his body to science to help others, thus there will be no service or funeral per his wishes. Our hearts are broken, but we know he is in a better place.

There will be a celebration of life memorial luncheon held in his honor at Beggars Pizza, 650 West Maple Street in New Lenox, IL on Saturday, July 24, 2021 from noon to 3:00pm.


Published by Green Bay Press-Gazette from Jul. 19 to Jul. 20, 2021.
To plant trees in memory, please visit the Sympathy Store.
MEMORIAL EVENTS
Jul
24
Celebration of Life
12:00p.m. - 3:00p.m.
Beggars Pizza
650 West Maple Street, New Lenox, WI
Funeral services provided by:
Schinderle Funeral Home - Algoma
MAKE A DONATION
MEMORIES & CONDOLENCES
Sponsored by Schinderle Funeral Home - Algoma.
6 Entries
Sorry for your loss, Joe was a great guy!
Rich Creighton
Work
July 24, 2021
Eric, so sorry to hear of your loss. Our prayers are with you at this time.
Felipe and Janet Resendiz
July 23, 2021
Anne and family, my deepest love and condolences go out to you.
Carl
July 23, 2021
Joe will be missed. He was a great neighbor and was always bringing us the best sausage and marinara sauce from their favorite place in Illinois. That fishing trip was never able to occur which brings more sadness but we know Joe is looking down on us hoping we catch the next really big Joe, you were a really great guy. Randy and Patsy
Randy and Patsy Peters
Friend
July 21, 2021
Sending my deepest condolences to your family.. Although I never met you in person knowing some of your stories told to me, made me feel as if I had. You seemed a remarkable man and I know you are loved very much by your family.
Annie Royhl
Friend
July 21, 2021
Joe was one one the Good Guys, always dependable and trust worthy at work. Really enjoyed working with him. So very sorry for your lose.
Rich Sherrie
Work
July 20, 2021
Showing 1 - 6 of 6 results