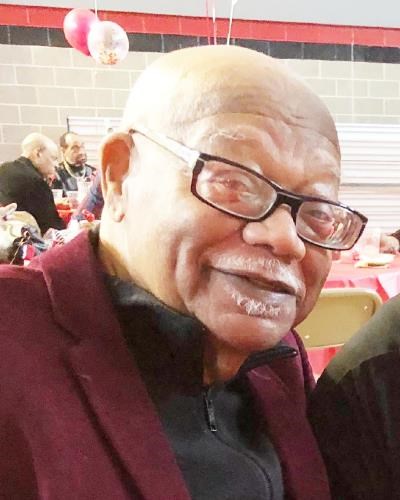 BORN
1938
DIED
2021
ABOUT
Thornton Township High School
Damon Emerson Rockett, born November 13, 1938, the middle child to three sons born to Mr. and Mrs. Horace Rockett. Damen accepted Jesus Christ as his personal savior at an early age. Damon peacefully made his transition to eternity on October 2, 2021. His parents and brothers proceeded him in death.

Damon obtained his Bachelor's degree in Business Administration in 1960 and afterwards, he served in the U.S. Army during the Vietnam War. After being honorably discharged from the Army, Damon began working at the Internal Revenue Service and then moved on to Allstate Insurance Company where he was quickly promoted to a supervisor.

Outside of work, Damon began to embrace his passion for politics within the Harvey community. He became an advocate for leadership strategies that supported diversity, equity, and inclusion within the community especially, African Americans. Damon served on many Civic and Social Service Boards in Harvey and often served as the first African American on many of these boards. As his political career grew, Damon met and married his first wife, Clare Lewis, in 1966 and became stepfather to three sons. Out of that union, their son Sean Damon Rockett was born.

Damon moved on from Allstate to Illinois Bell where he became affectionately known as "Mr. Illinois Bell". He held several leadership positions throughout his 18 years tenure at Illinois Bell.

Damon's political aspirations grew and with the support of the Democratic Party, in 1979, he was elected as Harvey's first black commissioner of the Police and Fire Departments. He served two back-to -back four years terms.

In 1979, he was united in Holy Matrimony to Darlene Sykes and became the stepfather to Deborah Sykes.

As a pillar of the Harvey community, Damon was encouraged to run for Mayor of the City of Harvey in 1987. Damon lost that race; however, he did not lose hope and ran for Mayor again in 1991 and again in 1995. Although Damon's dream of becoming Mayor was never realized, he received numerous awards for his achievements, civic duties, and advocacy within the Harvey community.

In 1994, Damon began working at South Suburban College and was promoted many times at the college before retiring in 2014. During this time, Damon also received his Master's degree in Public Administration from Governors State University.

In December 2003, the City of Harvey passed an Ordinance to rename a street in Damon's honor at 147th and Robey in Harvey, IL.

The Funeral service will be Friday, October 8, 2021 at 11:00am at Life Church, 925 MacArthur Dr, Chicago Heights, IL 60411. The burial immediately following at Lincoln National Cemetery in Elwood.

Published by Chicago Tribune on Oct. 7, 2021.
To plant trees in memory, please visit the Sympathy Store.
MEMORIAL EVENTS
Oct
8
Funeral service
11:00a.m.
Life Church
925 MacArthur Dr, Chicago Heights, IL
Oct
8
Burial
Lincoln National Cemetery
Elwood, IL
MAKE A DONATION
MEMORIES & CONDOLENCES
4 Entries
In loving memory of a wonderful family member. We will love you and miss you always.
Derrick & Patricia Abbott
Family
October 8, 2021
We played Baseball together --- Little League & Babe Ruth League ---- were -- in High School together --- great memories .
Paul Balducci
October 8, 2021
Condolences to the family.
McLloyd Buchanan
Other
October 8, 2021
I knew Damon as a gentle and loving husband family man. I was fortunate to be introduced to him from a LOVING Daughter. My condolences to the family. RIP
Jeffery Barefield
Family
October 8, 2021
Showing 1 - 4 of 4 results