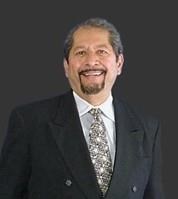 Wilfred S Garcia "Sergio", age 84, passed away on November 15, 2021 peacefully at home in Oconomowoc, WI, after a short battle with brain cancer, surrounded by his wife and children. Wil is survived by his wife and best friend of 60 years, Lorene (nee Blasco); sons Jeff (Sam) Garcia, Matt (Nancy) Garcia; daughters, Cathy (Derrick) Rice, Sandy (Roger) Moore, Daniela (Joe) Thomaschaske. He was also survived by his grandchildren, Anthony, Nickolas, Alexander, Nicole, Jerome, Will, Wes, Whitney, Joshua, Tristan, Kayla, Camile, Jenna, Shannon, Joe and Hunter. In addition, Wil is survived by 14 great grandchildren. Along with his family he had many close friends that he considered his kids and grandkids whom he loved very much. He is further survived by; brothers, Jim (Chris) Garcia, Rick (Jan) Garcia and brother-in-law, Bob Gonzales; sisters, Esther (Al) Garcia, Mela Rodriguez, Eva (Don) Varela, Mary Lou Salazar and Marie (Norman) Nunez. Wilfred is preceded in death by his parents, Jesus and Maragret (Nee Hernandez) Garcia; brothers, Benny (Carmen) Garcia, Butch (Connie) Garcia and Rudy (Eileen) and brother-in-law, Bob Rodriguez; sisters, Ophie (Jim) Ortiz and Carol Gonzales. Wil worked at General Electric Medical Systems in Illinois, New Jersey and Wisconsin for 43 years. During his time with GE he made many lifelong friends. After retiring, as promised to his wife, they moved to Henderson, NV. Prior to retirement Wil was a member of the Oconomowoc Toast Masters. He and Lori also enjoyed many years in couples bowling leagues. Post retirement he began acting in Las Vegas, which was a dream none of us knew about. He became a member of SAG-AFTRA and was cast in plays, movies, commercials and print advertisement. More than anything he enjoyed his time with family and friends that would come to visit them wherever they maybe. If you knew Wil, Willie, Sergio, then you would know he would say "I did it my way". A visitation will be held from 4:00 p.m. until 9:00 p.m. on Monday, November 22, 2021 at Pagenkopf Funeral Home; and again from 10:00 a.m. until 11:00 a.m. on Tuesday, November 2021 at Pagenkopf Funeral Home, 1165 E. Summit Avenue in Oconomowoc, WI. Following the visitation at the funeral home on Tuesday morning, we will process to St. Jerome Catholic Church, 995 S. Silver Lake Street in Oconomowoc for a Mass of Christian Burial at 12:00 noon. Pagenkopf Funeral Home is serving the family. For more information, call 262-567-4457 or visit www.pagenkopf.com.

Published by Chicago Sun-Times on Nov. 18, 2021.
To plant trees in memory, please visit the Sympathy Store.
MEMORIAL EVENTS
To offer your sympathy during this difficult time, you can now have memorial trees planted in a National Forest in memory of your loved one.
Funeral services provided by:
Pagenkopf Funeral Home
MAKE A DONATION
MEMORIES & CONDOLENCES
Sponsored by Chicago Sun-Times.
1 Entry
My deepest sympathy on your lost . Dad and I are truly saddened by your lose.
John Weinberger
November 21, 2021
Showing 1 - 1 of 1 results