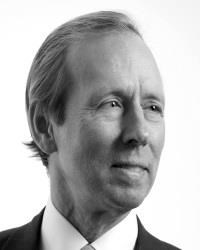 BORN
1942
DIED
2017
Reum, W. Robert
A prominent business executive who was also active in Chicago civic affairs and philanthropy, died on February 4, 2017 at Northwestern Hospital from complications of cancer. He was 74.
As Chairman, President and Chief Executive Officer of Amsted Industries Corporation since 2001, an employee-owned industrial conglomerate in the railroad, vehicular and construction markets, Mr. Reum directed the company during a period of record earnings growth and exponentially increased share value.
Amsted Board Member Larry Gies remarked, "Bob was the inspirational leader we all try to emulate: people first, a bias for action and laser-focused strategies. His positive impact on so many of us will never be forgotten." General Counsel and Interim CEO Steve Smith continued by saying, ""Bob was made for a company like Amsted – 100% owned by its employees. He built Amsted into a global transportation and industrial supplier, all the time focused on how doing so built wealth for the worker on the shop floor. There was no ego for Bob – he just always wanted to make whatever he touched better.""
Mr. Reum also served over the past fourteen years as a director of Houston-based Waste Management, most recently as its non-executive chairman. Jim Fish, President and Chief Executive Officer of Waste Management, stated, ""As board chair, his steady hand and thoughtful insights guided and strengthened us and we will greatly miss him and his contributions.""
Prior to joining Amsted, Mr. Reum was President and Chief Executive Officer of The Interlake Corporation, which was successfully sold to the British multinational group GKN plc in 1999.
Mr. Reum also made significant contributions to Chicago area cultural and non-profit institutions as a member of the Board of Trustees and Treasurer of the Chicago Symphony Orchestra, and during prior sustained tenures as Chairman of the Board of Trustees of both The Morton Arboretum and The Elgin Academy.
Robert Reum was born on July 22, 1942 in Oak Park, Illinois, the son of Walter and Lucy Reum, who both held notable positions in Illinois governmental and political affairs. As an accomplished athlete and All-State basketball player at Oak Park River Forest High School, he went on to receive a B.A. degree in political science at Yale University, where he helped propel Yale's basketball team to an NCAA tournament berth in 1962. Subsequently, he earned a J.D. degree from the University of Michigan Law School as well as an M.B.A. in finance from Harvard Business School, where he achieved recognition as a Baker Scholar. In 1976, he co-authored an article in the Harvard Business Review with his wife, Sherry Milliken Reum, analyzing the merits of employee stock ownership plans.
In addition to Sherry, his wife of 50 years, Mr. Reum is survived by his brother James and three children, Courtney, Carter and Halle, all residing in Los Angeles. Brothers Courtney and Carter founded VEEV Spirits and currently lead the entrepreneurial brand development investment company M13, while Halle Hammond is a celebrity stylist in the TV and motion picture industry.
"Our father was the most extraordinary man we knew. Everyone he came into contact with was touched by his kindness, brilliance and charisma, including the innumerable people he mentored along the way. He had an integrity and principal of character like no man we've ever met. More than his accomplishments, he will be remembered as an exceptional human being who loved his wife and family above all else."
In lieu of flowers, the family requests that donations be made to The Morton Arboretum in memory of Robert Reum.

Published by Chicago Sun-Times on Feb. 13, 2017.
To plant trees in memory, please visit the Sympathy Store.
MEMORIAL EVENTS
To offer your sympathy during this difficult time, you can now have memorial trees planted in a National Forest in memory of your loved one.
MAKE A DONATION
MEMORIES & CONDOLENCES
Sponsored by Chicago Sun-Times.
2 Entries

On behalf of my classmates in the Yale Class of 1964, I extend condolences to Bob's family and friends. Bob had many friends in our Class and will be greatly missed. We mourn his passing and will remember him on our Class Website (www.yale64.org), in the May-June 2017 issue of Yale Alumni Magazine, and at a memorial service on campus during our 55th reunion in May 2019. Anthony M. Lavely, Class Secretary
Anthony Lavely
February 23, 2017
Dear family and friends of Robert, may you find comfort during this time of sorrow. Psalm 68:20.
B. Musial
February 14, 2017
Showing 1 - 2 of 2 results