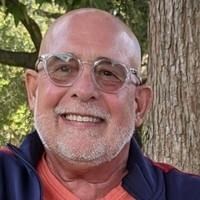 James Patrick "Pat" Whalen Jr., age 70, of Austin, TX, passed away peacefully December 31, 2021 in his home surrounded by his loved ones. Pat was born May 28, 1951 in Chicago, IL to James Patrick Whalen Sr. and Roseann Paglini Whalen. He graduated from Elgin High School, in Elgin IL class of 1969.

Pat was a third-generation printer and enjoyed a lifelong career in the commercial printing business. He was a foreman at Wallace Press in Chicago where he polished his leadership skills. In1979 Pat moved to Austin, Texas continuing his printing career at Sweet Printing, and then moved into the sales division at Capitol Printing. In 1988 Pat, along with his youngest brother Greg ventured out and started their own printing company, Press Corp, Inc. The company continued to grow with the addition of a web fed press and moved to Buda, TX in 2000 to accommodate the expansion. At which time brothers Steve and Carl joined the team and Whalen Web Printing Solutions was created. With the family business running smoothly, Pat branched off and joined the team at Communication Specialists, Inc. in 2003 where he continued his career until he retired in April 2021.

Pat had an insatiable thirst for life. He was always full of joy whether he was out on the golf course, cruising the back roads on his Harley, entertaining his wonderful friends and neighbors or enjoying time with his fun-loving family. You could always count on a good time and a good laugh when hanging with him.

He is preceded in death by his mother, Roseann Paglini Whalen, and his younger brothers Johnny and Gregory Whalen.

A donation in kind can be made to St Jude at: https://tinyurl.com/StjudePat Whalen

Published by Chicago Sun-Times on Jan. 9, 2022.
To plant trees in memory, please visit the Sympathy Store.
MEMORIAL EVENTS
To offer your sympathy during this difficult time, you can now have memorial trees planted in a National Forest in memory of your loved one.
MAKE A DONATION
MEMORIES & CONDOLENCES
Sponsored by Chicago Sun-Times.
0 Entries
Be the first to post a memory or condolences.