FUNERAL HOME
Brady-Gill Funeral Home
16600 S. Oak Park Ave.
Tinley Park, IL
Walsh, James L. Age 22. Cadet 4th Class US Air Force Academy was taken sudden and unexpectedly from his loving family. Cherished son of Timothy and Maureen Walsh; Loving brother of Airman John P. Walsh and Daniel M. Walsh; Devoted grandson of Margaret and the late Daniel Walsh and the late Michael and Mary Lou Iovinelli. Also loved by many aunts, uncles and cousins. Jimmy was a graduate of Victor J. Andrew High School class of 2008. He enlisted in the Air Force in 2010 while stationed at Andrew Air Force Base he worked on getting accepted into the Air Force Academy were he was attending to attain his double major in computer engineering and computer science at the time of his of death. Jimmy was a friend with wide shoulders for many, he was best described as helping anyone when in need. Funeral Saturday 9:00am from the Brady-Gill Funeral Home 16600 S. Oak Park Ave. Tinley Park, to St. Stephen Church. Mass 10:00am. Visitation Friday 3-9pm. Interment Private. (708)614-9900 or www.bradygill.com

Published by Chicago Sun-Times on Feb. 14, 2013.
To plant trees in memory, please visit the Sympathy Store.
MEMORIAL EVENTS
To offer your sympathy during this difficult time, you can now have memorial trees planted in a National Forest in memory of your loved one.
Funeral services provided by:
Brady-Gill Funeral Home
MAKE A DONATION
MEMORIES & CONDOLENCES
12 Entries
Your entire family has been in prayers this past year. My heart breaks for all of you. May God bless you with comfort that your beautiful son is with Him now.
[email protected]
Parent 2LT Mike MacAndrew, USAFA Class of 2012
Kathy MacAndrew
January 30, 2014
Our deepest condolences to the Walsh family during this time of sorrow. You are in our thoughts and prayers.
Family of C4C Devin Pelletier CS30
February 15, 2013
My son has applied to the academy so I know how hard he had worked to get in
I am sorry his life was cut short. My he rest in peace and god bless his family.
MP
February 15, 2013
Our prayers and hope for peace to the family of C4C James Walsh. The USAFA family of our Cadets are sharing in your sadness and loss. May the Lord's peace sustain all of you at this time. The peace that surpasses all understanding.

Marla Labreche-Stallman
Mom of C4C Benjamin Stallmann
CS35 USAFA
Marla Stallmann
February 15, 2013
My heart is heavy for the family of Jimmy. I can't begin to imagine the depth of loss you're feeling. My own son is a C3C at AFA, and tho we didn't know him, he still feels like part of our family. We grieve with you during this time of unimaginable loss. Our thoughts and prayers are with you.
Sue Beaty(mom of C3C Ryan Lynch)
February 15, 2013
We are so sorry for your loss. Our thoughts and prayers are with you.
Sincerely,
Steve & Karen
Parents of 2Lt.Lee USAFA 2012
Peoria, Illinois
Steve & Karen Schatsiek
February 15, 2013
Our deepest condolences to all of you. You are in our thoughts and prayers during this time and the difficult days ahead. Please know that he was loved by many at his USAFA family.

~family of C4C Travis J. Osborn CS30 USAFA
February 15, 2013
Our Deepest Sympathy for the loss of Cadet Walsh. Our USAFA family shares your loss and we pray that God's loving arms comfort you today and the days to come.

I spoke to my Aunt Hannah tonight and I want to send you my deepest sympathy on the loss of your grandson Jim. God be with you and keep you strong over this very difficult time. You are in my prayers. 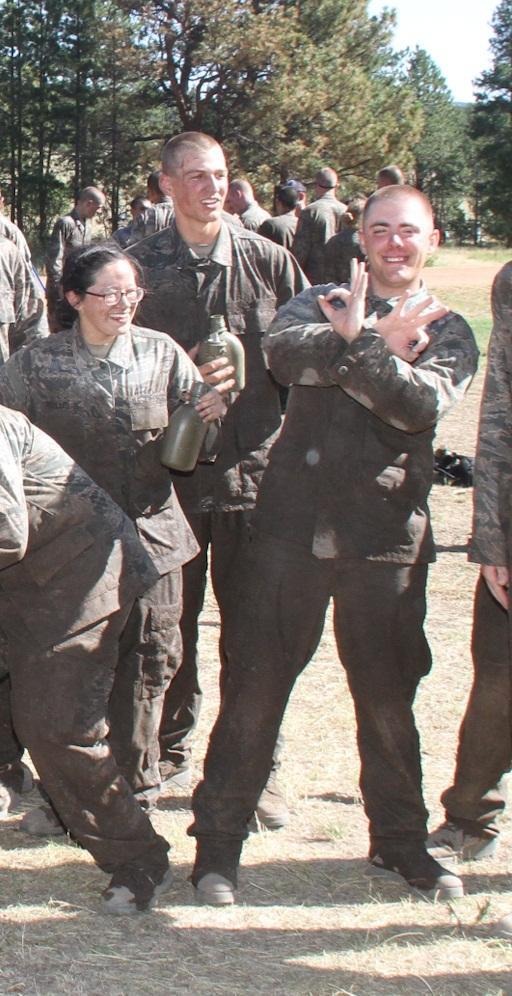 Our sincerest condolences to the Walsh family. You are in our hearts. May the love of friends and family and the memories of happier times carry you through your grief.

-- family of C4C Adam Marcinkowski CS30 USAFA
February 14, 2013
Tim and Maureen, please accept our deepest condolences. We wish we could be there to personally offer our support in this difficult time, but please be assured that our thoughts and prayers are with you and your family.