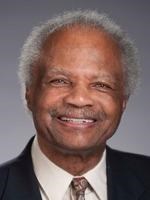 Published by Chicago Sun-Times on Nov. 1, 2020.
To plant trees in memory, please visit the Sympathy Store.
MEMORIAL EVENTS
To offer your sympathy during this difficult time, you can now have memorial trees planted in a National Forest in memory of your loved one.
MAKE A DONATION
MEMORIES & CONDOLENCES
Sponsored by Chicago Sun-Times.
2 Entries
May God bless you and your family.
Roxanne Dryden Edwards
Friend
November 1, 2020
What an awesome tribute to my one and only Uncle Isaiah, aka Uncle Bunte, as we nieces and nephews affectionately called him. I never would have gotten into college or medical school without him! My mother told me I could do it, but he actually made me do it! He pushed me unbelievably! I am truly saddened by his passing. His life long body of work is a true testament to the great man that he was! Bravo! Uncle Bunte! You placed your stamp on this world and you will be missed!
Angela M. Jones
Family
November 1, 2020
Showing 1 - 2 of 2 results