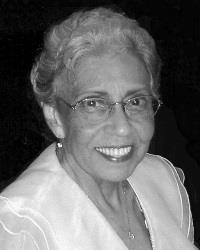 FUNERAL HOME
Unity Funeral Parlors, Inc - Chicago
4114 South Michigan Avenue
Chicago, IL
Pratt, Geraldine Marion Bryant 94, passed away suddenly on December 13, 2015, in Los Angeles, California. Gerry was born November 16, 1921, in New Iberia, Louisiana and earned her Bachelor of Science from Xavier University in New Orleans, Louisiana in 1941. She was an AKA Diamond Soror, a sisterhood she cherished. She moved to Los Angeles, California where she read blueprints and welded planes during World War II. She and her lifelong love, Colonel Bertram Robeson Pratt were married in 1947, and moved to Chicago, where Gerry began a career as an elementary school teacher with the Chicago Public Schools. In 1973, while still working and raising a family, she earned a Master's in Education from Roosevelt University. As an Educational Counselor, she guided a multitude of students to achieve success until her retirement. Gerry was preceded in death by her parents, Mable Avery Bryant and Lincoln Bryant; and her cousin and best friend, Wallace Maurice DeCuir; and survived by her daughters, Diane Cecile Pratt, Dr. Donna Elise Pratt-Bonick, Deborah Marie Pratt-Bellisario, Deirdre Ann Pratt, Dr. Carl Compton Bell; and grandchildren, Jonathan Bertram Bonick, Troian Avery Bellisario, Matthew James Bonick and Nicholas Dante Robeson Bellisario. She leaves behind many loved ones who, over the years, embraced her as friend, spiritual guide and other mother. Viewing will be December 21, 2015, 2:00 p.m. to 7:00 p.m. at Unity Funeral Home, 4114 S. Michigan Avenue, Chicago, IL. Visitation at 11:00 a.m. and 12:00 p.m. Mass will be at St. Dorothy's Church, 450 East 78th Street, Chicago, IL on December 22, 2015. Interment at Oak Woods Cemetery, 1035 East 67th Street, will be followed by repast at AKA Foundation Community Service Center at 6220 South Ingleside. In lieu of flowers, donations may be made in her name to the United Negro College Fund.

Published by Chicago Sun-Times on Dec. 20, 2015.
To plant trees in memory, please visit the Sympathy Store.
MEMORIAL EVENTS
Dec
21
Visitation
1:00p.m. - 7:00p.m.
Unity Funeral Parlors, Inc - Chicago
4114 South Michigan Avenue, Chicago, IL
Dec
22
Visitation
11:00a.m.
St. Dorothy Catholic Church
450 East 78th Street, IL
Dec
22
Funeral Mass
12:00p.m.
St. Dorothy Catholic Church
450 East 78th Street Chicago, IL
Funeral services provided by:
Unity Funeral Parlors, Inc - Chicago
MAKE A DONATION
MEMORIES & CONDOLENCES
Sponsored by Chicago Sun-Times.
5 Entries
Gerry will always be remembered by me. I miss the wonderful talks we often had. She had a beautiful smile and spirit that I looked forward to when she came into the bank. Her daughter Deidre took such wonderful care of her whenever they came into the bank, and I was so proud of her for showing such love and giving such great attention to her mom. I thank God that Gerry was my friend for so long, and know she is now resting in peace.
Ruby Larkin
Friend
December 15, 2019
To he Family of Gerry Pratt:
I was deeply saddened to learn of the loss of your mother. My condolences to all of you. Gerry was a friend who had a beautiful smile every time I saw her. I was one of her bankers at Pullman and Park National Banks in the l980's and 1990's and will cherish her memory always. She was loved by everyone at the bank. My prayers go out to all of you. Peace and Blessings.
Ruby Larkin
December 22, 2015
Dear Diane,
What an honor for my daughter Brenda and I to have known your mother. We shared our sisterhood in AKA. Her smile and gentle and engaging manner was embracing.
My condolences to the rest of the family
May she rest in peace.
Alicia and Brenda Georges
C Alicia Georges
December 21, 2015
You were a second mother to so many of us. You watched over us, kept us from trouble, wisely guided us, laughed with us, shared your home, family and delicious meals with us, helped us as we entered adulthood, defended and scolded us, but most of all, you loved us. And oh, what a difference you made in our lives!!! Aunt Gerry, I'm going to miss you very much! You meant so much to so many. We will forever love you and delight in your spirit.

And to my dearest Pratt Sisters, I share in your sorrow now, but know that she is not gone, but simply in pure spiritual form. God bless you all.
Diana Sims Embil
December 21, 2015
Aunt Gerry I will always remember our great talks ! Thank you for all your love and support you have shown me over the years .God has come down and picked up an angel. GOD BLESS YOU Lesley Elise Simms
December 20, 2015
Showing 1 - 5 of 5 results