BORN
1962
DIED
2018
Rake, Ellen Faith September 18, 1962 - February 19, 2018 Ellen Faith Rake escaped this mortal realm on Monday, February 19, 2018 at the age of 55. George Carlin retired from the great comedy club in the sky and she took his place. She left behind her great nemesis, her black ortho boot, which she dragged around for many years and a few pairs of shoes with only the right sole worn out and many broken hearts. A boot burning ceremony will be held at a later date. Ellen volunteered for service in the United States Army at the ripe age of 17. She knew very early on that she was destined to serve and protect and boss people around. She soon realized that she was meant to do bigger and brighter things. Before her discharge from the Army, the government granted numerous awards for her dedicated service, which were only recently discovered, because she must have been worried they may be stolen. Upon her return to Chicago, thinking it best to keep an eye on her, government officials hired her to eat free donuts and drink free coffee...ummm to be a Chicago Police Officer. After 26 years of service, and a bad knee and even worse back, she suddenly realized that running away from criminals made more sense than running after them. She immediately retired and joined her family in sunny Arizona. Ellen was renowned for her huge heart, not holding back her opinion and a knack for telling it like it is. She always told the truth even if it wasn't what you wanted to hear. With that said, she was genuine to a fault, a pussy cat at heart (or a lion) and yet she sugar coated nothing. Her extensive vocabulary was polluted with more curse words than most people learn in a lifetime. She liked four letter words as much as she loved Pepsi and cigarettes. She was also full of words of encouragement, wisdom, comfort and always yearning to make others lives brighter. It was recently learned that her nickname at the assisted living facility was "Meals on Wheels" because when her neighbors were ill she would bring them their food. She was always looking out for everyone else. It wasn't unusual for her to hop on her scooter and get her friends some ice cream or anything else they needed. It is true that she spent her entire life serving and protecting, in one way or another. Following her wishes, there will be no service because there isn't a building large enough to hold all of her admirers. Well wishers are encouraged to make a donation, or leave all of their money to Orphans of the storm animal shelter, located in Deerfield, Illinois. 847-945-0235. She was never one for sentiment or religion, so don't cry too long because she is gone, instead be happy that she was here and made many lives better. She will be terribly missed and survived by her loving parents, Donald and Sharon Bolek; her sister and best friend, Stacy Koruba; her great friend and brother-in-law, Mark Koruba; her big sister and close confidant, Pamela Mrgan and brother-in-law, Tony Mrgan; her nieces and nephews that she adored so much, Ryann Mrgan Clark, Anton Mrgan, Andrew Mrgan and Jaden Koruba and her great-ieces and nephews, Keagan Goodhue, Anton Mrgan and Ava Mrgan. She also left behind many loving aunts, uncles, cousins and an enormous amount of loving friends, including Dayle Lister, who was one of the great joys in her life. She was preceded in death by her grandparents, Rita and Herman Sikler; her lifelong friend, Susie Kinzel; her cousin, David Keefner and many beloved pets, all of whom loved her dearly. So in the end, remember, do your best, follow your heart and make something amazing out of your life. Have FAITH (like her name) in something you believe in and never stop laughing and smiling. 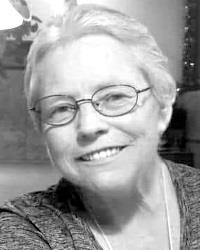 Published by Chicago Sun-Times on Feb. 23, 2018.
To plant trees in memory, please visit the Sympathy Store.
MEMORIAL EVENTS
To offer your sympathy during this difficult time, you can now have memorial trees planted in a National Forest in memory of your loved one.
MAKE A DONATION
MEMORIES & CONDOLENCES
Sponsored by Chicago Sun-Times.
14 Entries
I'm so sorry for your loss.
May the God of all comfort strengthen you at this difficult time because he cares for you.
February 28, 2018
I am truly sorry for your loss. May you gain the comfort you need by pouring out your deepest feelings to God in prayer. He loves you and wants to care for you during this most difficult time. Please accept my condolences.
Pat
February 27, 2018
Rest In Peace dear Ellen. I was a detective with CPD and now retired. Times I seen you at the desk was a million laughs. You gave your all the this great country and Chicago P D.
Sincere condolences to your loved ones.
Detective Mike
February 25, 2018
Ellen was not only my friend but was considered to be a member of my family and was loved by all of us. Ellen was often opinionated and stubborn but had a huge heart which she gave freely to anyone in need. This life was not often kind to Ellen but despite all of the turmoil, hurt and pain, Ellen was one of those rare people who alway remained kind not bitter and could make the hardest heart laugh. Her sense of humor was lengendary even on her worse days. She had that special ability to make you laugh and feel better no matter what. She mattered to so many of us yet was so humbal she had a hard time understanding how that was possible. It was truly my privledge to call her my friend and she will always be in our hearts.
Sharon Gaynor
February 24, 2018
We are so sorry for your loss. Many prayers for all of you. May god bless.
Kelly Collins
February 23, 2018
What a wonderful tribute. Sorry for your loss, but happy that your family experienced her life and celebrated who she was as a person.
February 23, 2018
Sharon Gaynor
February 23, 2018 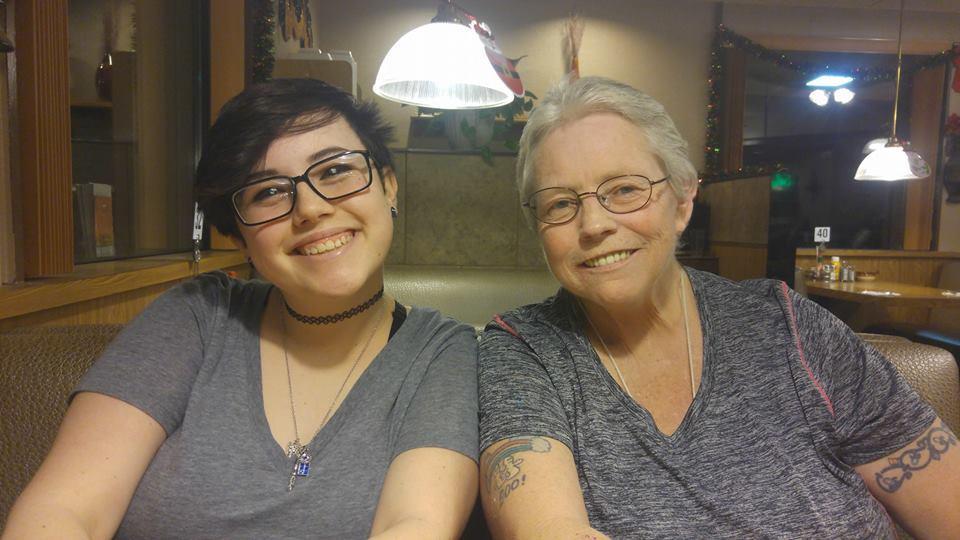 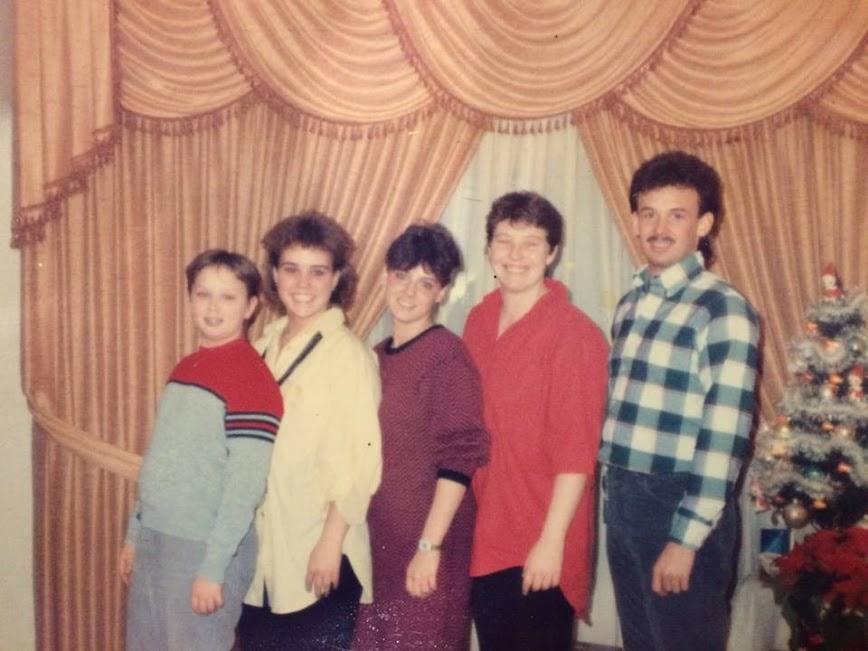 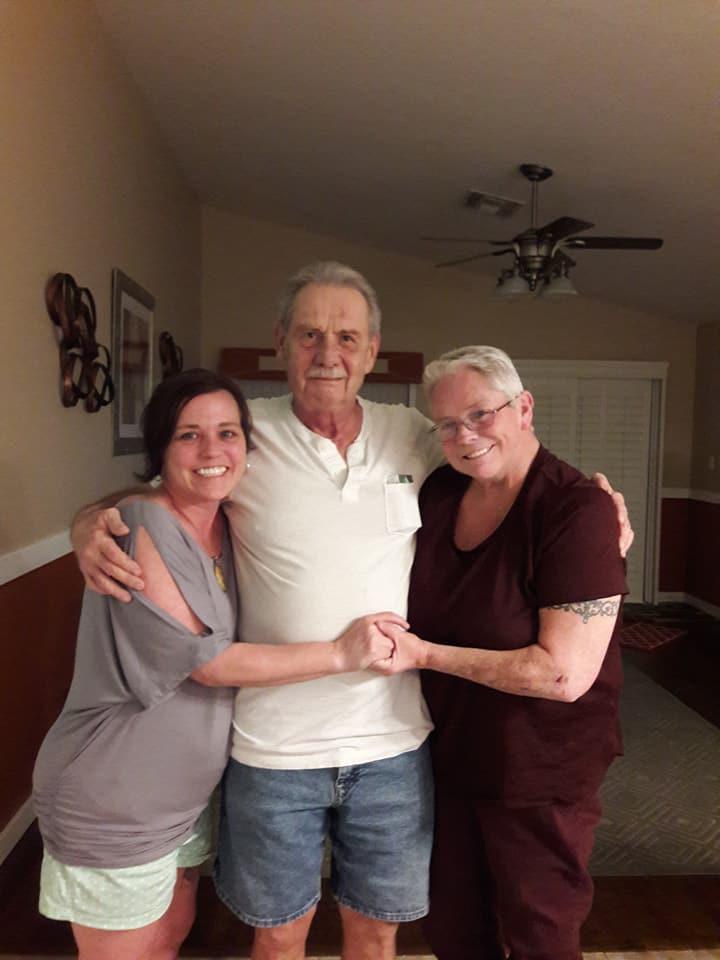 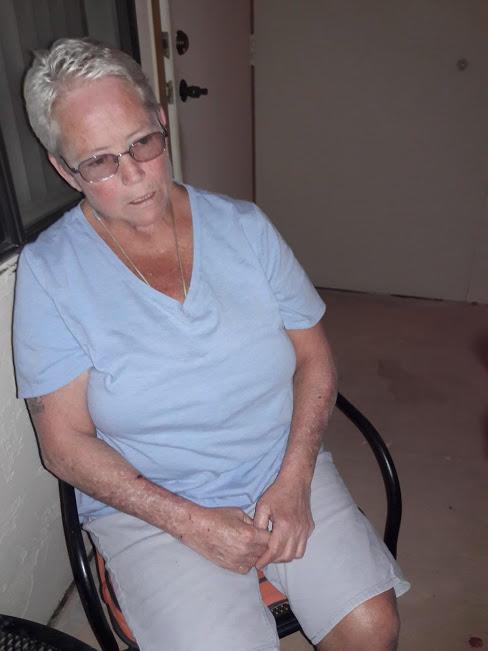 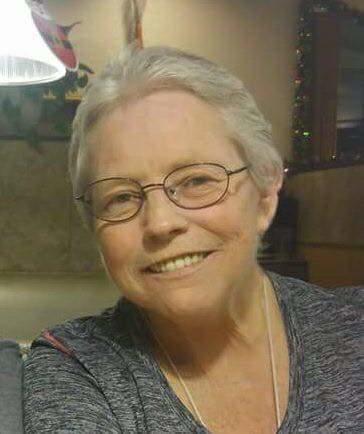