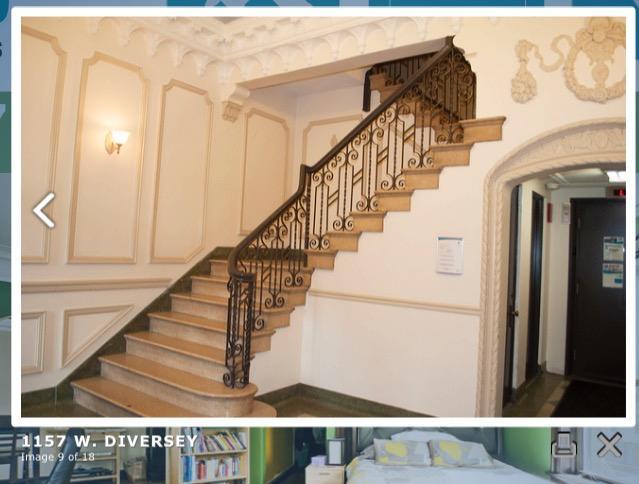 Leslie Matlaw
January 25, 2018
Here comes the Longest Night of the Year again. I'd give the rest of my life for just one more moment with you. Until eternity, Baby.
❤
https://m.youtube.com/watch?v=vnc4X_RWfBY
Leslie Matlaw
December 21, 2016
It never stops when you've loved and lost the Best Man Ever. Miss you so much, Mi Amor.
Leslie
May 5, 2016
I never met Dan, but I know we would have been good friends if we ever met. After reading this, and knowing how much Celine misses him and talks about him, I feel I do know him a little. God Bless your soul brother!
Daniel Prendergast
May 5, 2015
sorry for your loss//respectively (friend of celine) dale rogers
dale rogers
May 4, 2015 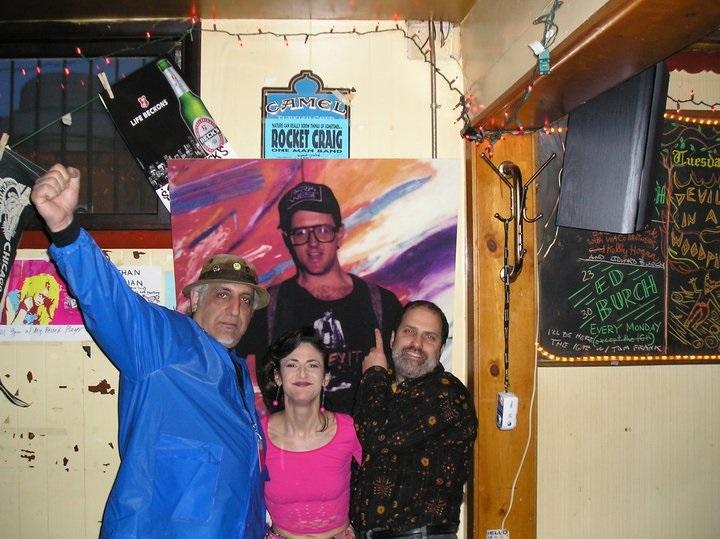 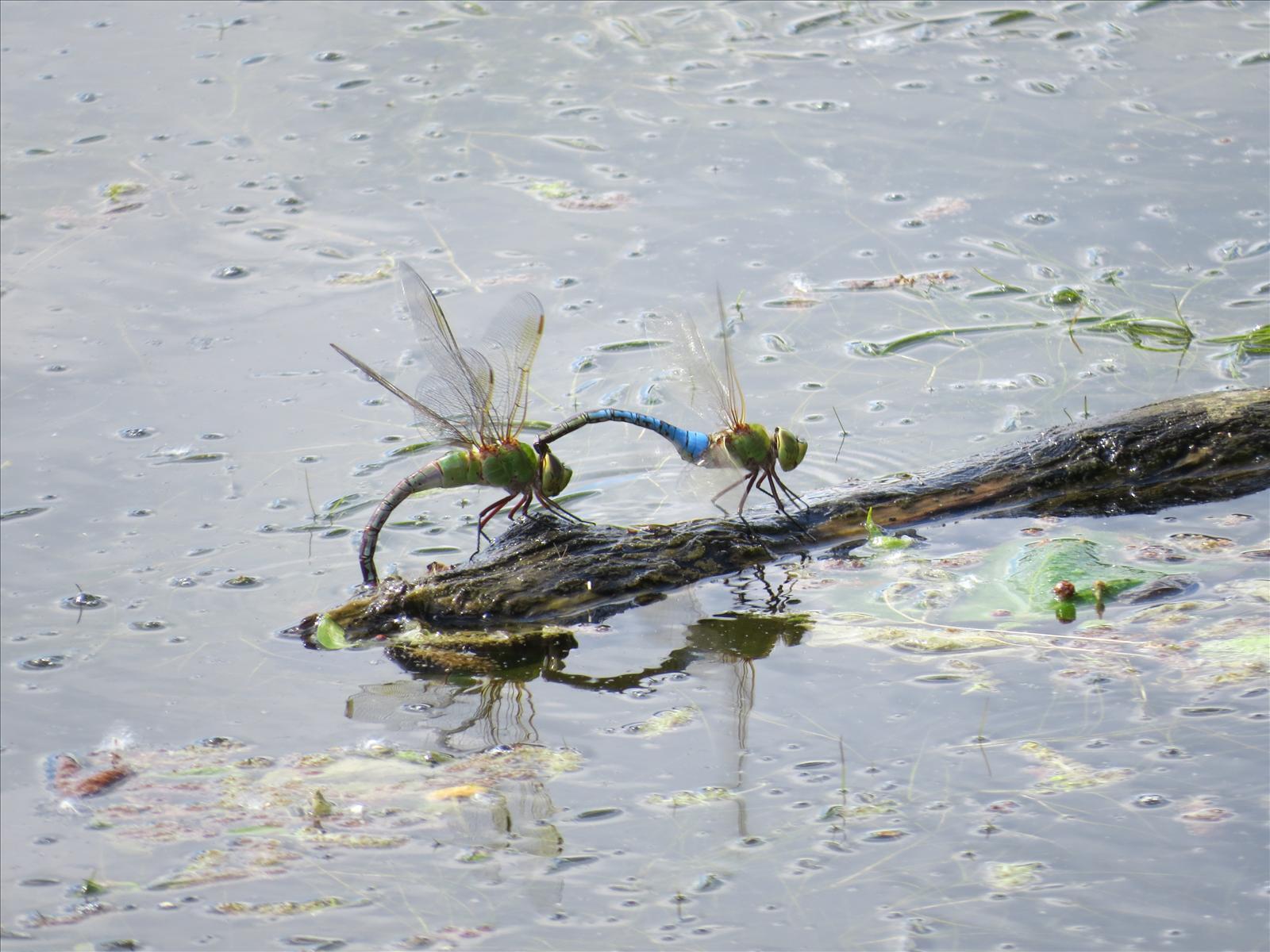 Sweetie, I'm thinking of You (as usual ;)
June 24, 2014
It has been awhile.. I still think of you Danny and miss you.. Joni
June 10, 2013
Stop all the clocks, cut off the telephone.
Prevent the dog from barking with a juicy bone,
Silence the pianos and with muffled drum
Bring out the coffin, let the mourners come.

Let aeroplanes circle moaning overhead
Scribbling in the sky the message He is Dead,
Put crêpe bows round the white necks of the public doves,
Let the traffic policemen wear black cotton gloves.

He was my North, my South, my East and West,
My working week and my Sunday rest
My noon, my midnight, my talk, my song;
I thought that love would last forever, I was wrong.

The stars are not wanted now; put out every one,
Pack up the moon and dismantle the sun.
Pour away the ocean and sweep up the wood;
For nothing now can ever come to any good.
WH Auden
May 5, 2013 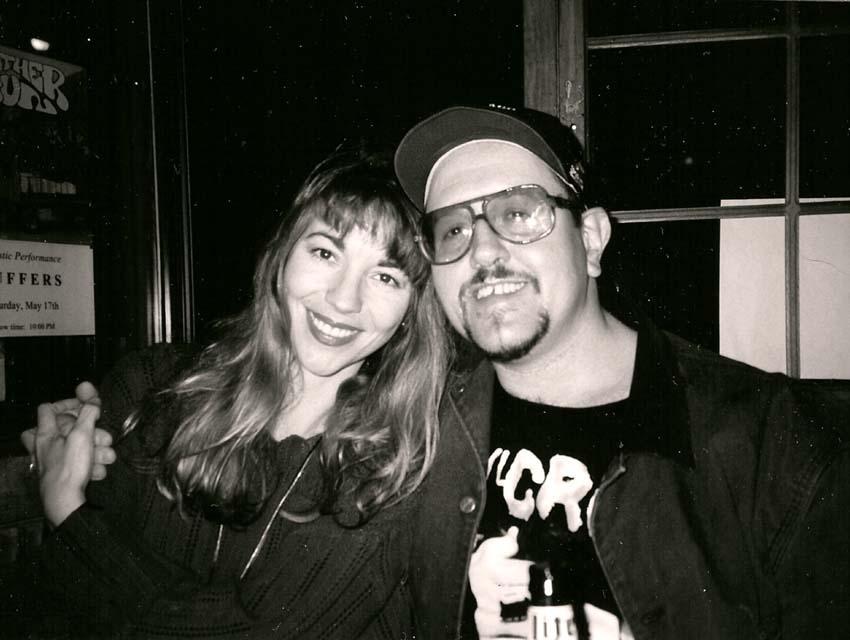 Easter Sunday, 2013 and I'm thinking about you, as always. Dan, you were one in a million -- everyone else pales by comparison, though James Brown was a close second! Finally found that "Thanks, Dan" picture from The Godfather + a couple more so I'm posting them here today. Lots of Love, Sweetie
Leslie Matlaw
March 31, 2013 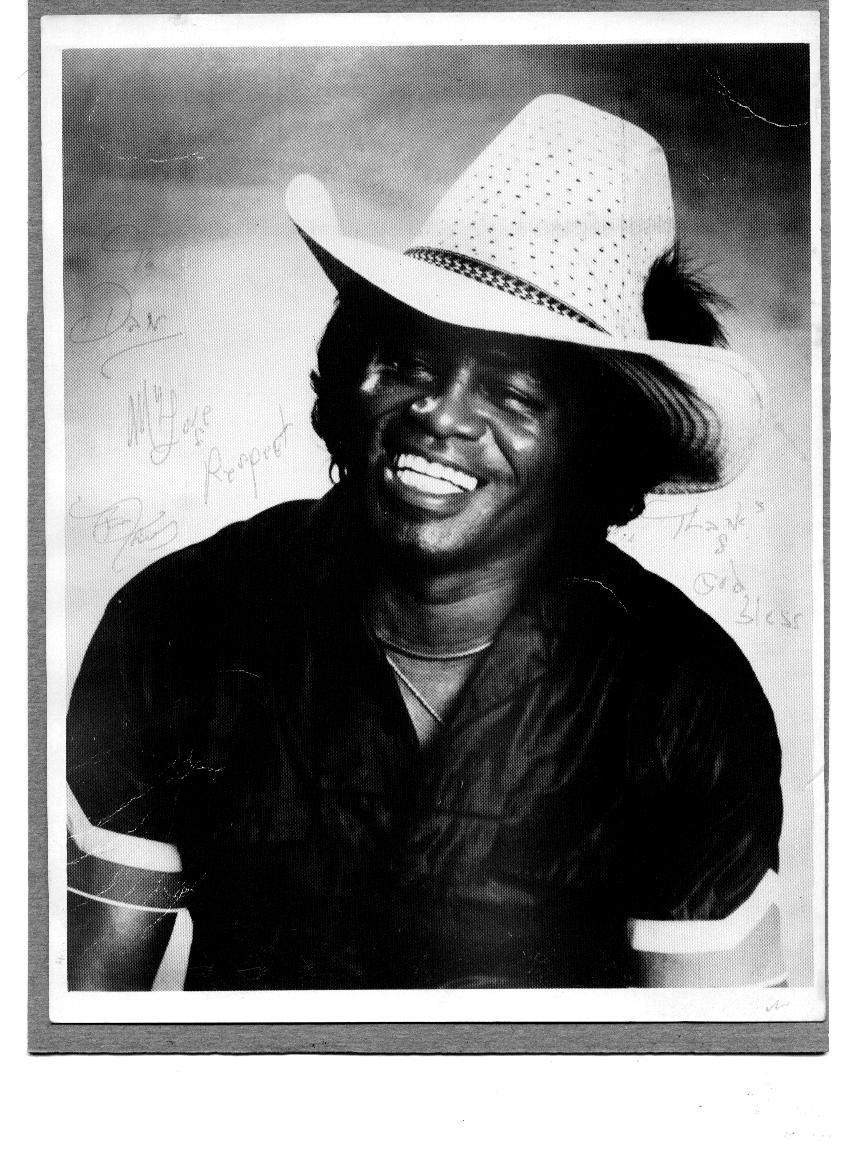 March 31, 2013
Darling, seven years ago we rejoiced that you were finally at the top of the list for that new kidney. How hopeful and relieved we were savoring tapas for 2005 New Year's Day Brunch. My heart broke when just a few days later we couldn't even say Goodbye. Amber, Gene, and every one of us were devastated not to be able to hear your voice, recognize your gaze, or feel your spirit as you clung to this world. I tried my very best, Dan, but Life had other plans, leaving only the hope that you are now at peace. Still missing you so much, as I will always, my One in a Million.
Leslie
January 3, 2013
NEVER FORGOTTEN.
ELAYNE NARKIS
November 26, 2011
Oh for Goodness sakes, I just signed someone else's book by accident. Must have been the 11:11 spell you cast upon me. Still Missing You So Much, Dan. This #5 has been really hard. Now I've gotta hose off and creak my way over to the 15th Annual O'Banion's Reunion but it's just not the same without you, You, and Only You. Or without RoseAnn, we're missing her bunches, too. Sending You So Much Love, Sweetheart. Always, Your One
Leslie
May 30, 2010 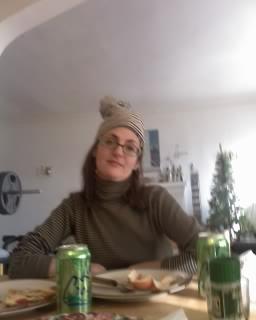 Baby, I get other-directed but there is not a day that goes by that I don't Thank God for you changing my life in every way since we met on my 18th Birthday. Love love loved your VD gift that dropped out of the sky this year when I was missing you so. Among your many exceptional qualities were innate brilliance, mega-fun attitude (yet coupled with True Grit and Exceptional Prudence -- not immediately apparent to the unseeing). So grateful for you hooking me back up with the old gang, and for your little missives (like sending John my way to remind me of your "ways" and constant spooky reminders like that license plate the other day). Unforgettable -- that's what You are. My One. Love Always, Your One.
Leslie Matlaw
February 23, 2009
Baby, I Love You So and think of you every single day, even if I forget what day it is! Even when I'm temporally challenged, I'll always be here for you as you were for me. Wish you were Right Here right now -- Land of the Midnite Sun reminds me of You ! ! ! Had some Lettuce Soup & (you guessed it) New Potatoes on this trip. Keep on sending the Rainbows & Fireworks, you know I need 'em Daily! LoveLoveLove, Your Highness -- Lowly Vassal (wait - who's who? ;)
Leslie Matlaw
June 12, 2006 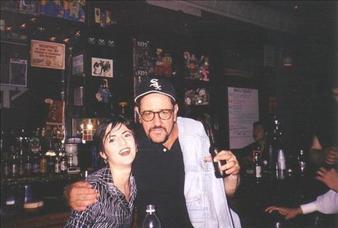 June 14, 2005
Thanks, Dan, for a lifetime's worth of memories. You always were & will always be in my heart. Shine on you crazy diamond...
Mel Halloran
June 5, 2005
My heart is heavy with sadness in learning of Dan's passing. Gene and Celine, my thoughts are with you and your family. Thank you, Dan for the basement music nights with friends when we were teens.

I was saddened to hear the news that Danny had passed away.
I have fond childhood memories of all of us together. Although, we each went in our own direction, and lost touch throughout the years, we still remember those fine days. Danny, you will be missed!
My sincerest condolences to all of you.

Love, Punkin
K. Ryan
May 12, 2005
this is one heck of a way to find dan, sad he has passed, ecstatic that i was his fast friend in the late 60's. we were teammates on a cyo bball team in bridgeport and pretty inseparable for a few years. my mom said he was a bad influence so i knew he was so cool. to this day i listen to music while i jog he insisted i get into. his wit, humor and ability to make a nothing day a happening are missed daily. we called him duke instead of duce but that was dan, always something new and exciting, peace man, john
john hausfeld
May 11, 2005 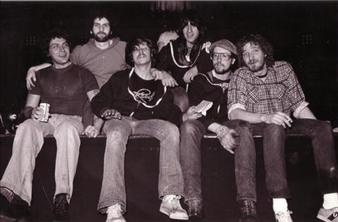 Thanks for all the Iggy shows and for being such a great friend. I always new I was safe when you were around. Peace to you. See you in my dreams...
Nancy Rapchak
May 11, 2005
Eugene, Celine & Amber, and Leslie. Our deepest sympathies to all of you. Being an "almost cousin" I have known Danny since we were children. Leo and Joyce were such good friends of my parents, as well as Uncle Miles and Aunt Stella. Living on Union, I used to see Danny walking to visit his Mom when she lived on Union. My sister-in-law, Gerri Lovell, was best friends with Joyce. She sends along her fondest memories of Danny from years gone by. I hope you know that Dan is in a better place as he joins his parents and grandparents. God's love be with you at this difficult time. Love, Jim and Betty Lovell
Betty Lovell
May 10, 2005
We will never forget some of those late nights and great stories at the P.W. You will truly be missed.
Mike & Kathy Hill
May 10, 2005
CELINE
SO SORRY TO HEAR OF YOUR BROTHER PASSING, MY THOUGHTS AND PRAYS ARE WITH YOU AND YOUR FAMILY. TAKE CARE
BINNIE
SABINA MCMAHON-LITWICKI
May 10, 2005
Here's a toast to one of the good guys--Danny Narducy! A lot of great late 70s memories flying through my mind today. . .I'll see you on the other side, brother. . .Rick Faust
Rick Faust
May 10, 2005 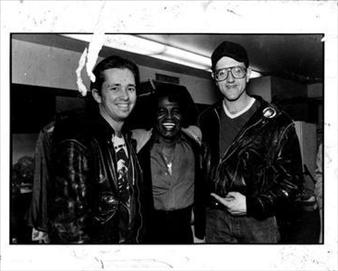 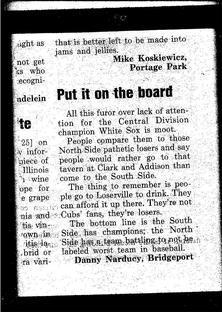 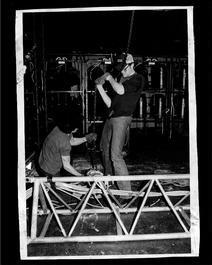 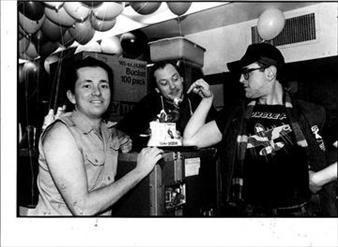 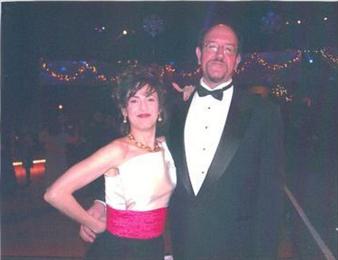 I'd do anything -- For you, Dear -- Anything. And you did Everything for me. I love you, Honey, the real kind. I'll see you up there if I don't make too many boo-boos along the way! xoxoxoxo Joni
Leslie Matlaw
May 10, 2005
I have never ever had more fun with anyone in by entire life! I will miss you and never forget our time together! Gregg(JGA)
Gregg Kincaid
May 9, 2005
Eugene,Celine and Amber,

Don, Lorraine and family
May 9, 2005
Duce, We sure did enjoy each others company didn't we. Save me a seat at the bar up there.

Tracey.
Tracey Dear
May 9, 2005
Learned that Danny was always the strange one,and the clone of Uncle Leo!And as always missed another family funeral.
See you later.
Miles,Carol,& Miles 111
Miles Narducy Jr.
May 9, 2005
Showing 1 - 40 of 40 results